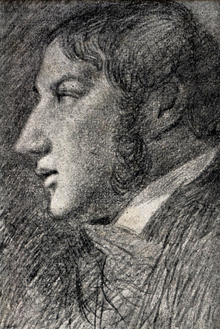 John Constable looked closely at the properties of shifting light and the movements of clouds, creating paeans to actual places and times of day. Like his contemporary, Joseph Mallard William Turner, Constable was a product of his times, but Constable’s work more anticipated the concerns of the Impressionists.

In 1799, when Turner was already a member of the Royal Academy, Constable entered its school as a student. Unlike Turner, Constable painted landscape with an eye to verisimilitude. His more prosaic views of nature, following the traditions of such Dutch masters as Ruisdale and Cyp, were unfashionable. Constable was thirty-nine before he sold a picture, and in his fifties before he was invited to join the Royal Academy.

Constable’s career was spent creating poetic expressions of his native Stour Valley. During the summers he would work in the village of East Bergholt, where he was born. This region of Suffolk and the Stour Valley came to be known as Constable country. There he made sketches, both painted and drawn. These “notes” would become the basis for the large and ambitious canvases that he would prepare in London for the annual exhibition at the Royal Academy. Constable’s sketches of skies and sites such as Dedham Lock and Mill are regarded today as important works that capture the spirit and feeling of the countryside, possible to attain only when the artist is working directly from nature.

One of the earliest Western European artists to study changing light andconstable cornfield. atmospheric conditions so closely, Constable kept notes and diaries recording weather conditions and times of day. In working out-of-doors, Constable was anticipating the direction that the Impressionists would later take with such conviction. But for him, producing large canvases outside was impractical: his “six-footers”, designed to catch the attention of Royal Academy visitors, were painted in his studio, as was common practice until the Impressionists decided to do more than sketch outside.

Constable, who made nature his subject, was dedicated to understanding and developing new ways to describe its mutability. The sky especially engrossed him. “The sky is the source of light in nature and governs everything”, he remarked, and his obsession yielded the largest body of sky and cloud studies produced in Western art. He also experimented with different techniques, such as stippling the canvas with white flecks to capture the effect of wet leaves and dew, or incorporating dots of red that would make the green of the vegetation stand out and register more prominently. These attempts, like his outdoor studies, were an important inspiration to the later Impressionists.

The death of his beloved wife, Mary, in 1828 affected Constable profoundly. His work became darker and more brooding, infused directly or indirectly with a sense of mourning. Though he was interested in the real appearance of things, he was not a dispassionate observer. His subjects had, as they did for all Romantic artists, strong personal meanings and ties; his attachment to nature was emotional as well as intellectual. An acquaintance of Wordsworth, Constable shared his belief in the beautiful, evocative aspects of nature and in the value of the humble. He also felt a strong affinity for poetry, occasionally exhibiting his works with lines of noted poems.

Although recognition for his work came slowly in England, Constable gained renown more rapidly in France. His Hay Wain was seen by Géricault in London at the Royal Academy exhibition of 1821. Géricault was so impressed with the work that, at his behest, it was bought by a French dealer and exhibited in the Paris Salon of 1824, where it won a gold medal. French artists such as Géricault and Delacroix admired Constable’s freedom of brushwork and the freshness of his subject matter. He was a fundamental inspiration to the French Romantics and also to the French painters of landscape.

Excerpts from C.R. Lewis’ Memoirs of the Life of John Constable

“For the last two years I have been running around after pictures, and seeking the truth at second hand. I have not endeavored to represent nature with the same elation of mind with which I set out, but have rather tried to make my performance look like the work of other men.” … “There is room enough for a natural painture. The great vice of the present day is bravura, an attempt to do something beyond the truth. Fashion always had, and will have, its day; but truth in all things only will last, and can only have just claims on posterity.”

Intro to his Lecture 1 to the Royal Institution of Great Britain, notes taken by C.R. Lewis, 26 May 1836

”…I am anxious that the world should be inclined to look to painters for information on painting. I hope to show that ours is a regularly taught profession; that it is scientific as well as poetic; that imagination alone never did, and never can, produce works that are to stand by a comparison with realities; and to show, by tracing the connecting links in the history of landscape painting, that no great painter was ever self-taught.”

[editors note: since this appears out of context, let me note that I believe him to mean in his last line that all painters are indebted to their predecessors]

“The good sense of Poussin, which was equal to his genius, taught him that by simplicity of treatment, the most awful subjects may be made far more affecting than by overloading them with imagery.”

“Chiaroscuro is by no means confined to dark pictures; … It may be defined as that power which creates space; we find it everywhere, and at all times in nature; opposition, union, light, shade, reflection and refraction, all contribute to it.”

“It appears to me that pictures have been over-valued; held up by a blind admiration as ideal things, and almost as standards by which nature is to be judged rather than the reverse; and this false estimate has been sanctioned by the extravagant epithets that have been applied to painters, as ‘the divine’, ‘the inspired’, and so forth. Yet, in reality, what are the most sublime productions of the pencil but selections of some of the forms of nature, and copies of a few of her evanescent effects; and this is the result, not of inspiration, but of long and patient study, under the direction of much good sense. – It was said by Sir Thomas Lawrence, that ‘we can never hope to compete with nature in the beauty and delicacy of her separate forms or colours, – our only chance lies in selection and combination.’ Nothing can be more true, – and it may be added, that selection and combination are learned from nature herself, who constantly presents us with compositions of her own, far more beautiful than the happiest arranged by human skill. I have endeavored to draw a line between genuine art and mannerism, but even the greatest painters have never been wholly untainted by manner. – Painting is a science, and should be pursued as an inquiry into the laws of nature.” From his Lecture to the Literary and Scientific Institution at Hampstead, notes taken by C.R. Leslie, 25 July 1836

“The first impression and a natural one is, that the fine arts have risen or declined in proportion as patronage has been given to them or withdrawn, but it will be found that there has often been more money lavished on them in their worst periods than in their best, and that the highest honours have frequently been bestowed on artists whose names are scarcely now known.”

“The attempt to revive old styles that have existed in former ages may for a time appear to be successful, but experience may now surely teach us its impossibility.” … “It is to be lamented that the tendency of taste is at present too much towards this kind of imitation, which, as long as it lasts, can only act as a blight on art, by engaging talents that might have stamped the Age with a character of its own, in the vain endeavor to reanimate deceased Art , in which the utmost that can be accomplished will be to reproduce a body without a soul.”